Creationism Is Not Ignorance 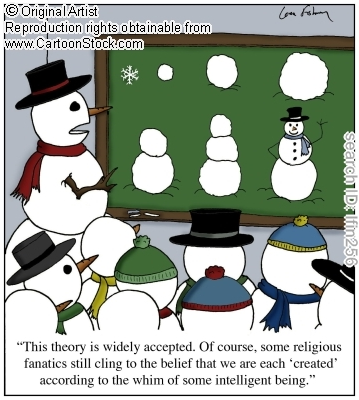 A recent Gallup poll  published in the Huffington Post show that 46 percent of all Americans are creationists. I this something to be concerned about?

A lot of people view creationists as uninformed people that can and should be enlightened with education. For them, this poll has to be devastating. This because it shows that the percent of creationists among college graduate is…46 percent – exactly the same as in the general population.

How can this be? Shouldn’t education have at least some impact on this issue? I think there is a misconception about creationists as being ignorant and stupid. As for stupid, it may well relate somewhat to intelligence since creationism can be an easier attitude to adopt, depending on your social environment But, as I argued earlier, Right-Wing Authoritarianism – which no doubt overlaps creationism – is inheritable and not easily affected by outside influence. That’s not ignorance, that’s personality.   And by the same logic so is adherence to scientific thinking since it is the diametrically opposite attitude.

Still, someone’s view has to be incorrect and it can’t be the sciency one, right? Not necessarily. I think the creationists do have a point. If there is a God, the logic and empirical data He, She or It has supplied us with in order to formulate the theory of evolution may well be a test of our faith and nothing more.

An atheist would no doubt find this stupid and claim that we don’t need to assume that God exists. But isn’t that just making the assumption that there is no God? As an agnostic I would say that no one can tell whether there is a God or not, and for that reason there is no way of telling which of these assumptions is better than the other. So which assumption (if any at all) you choose is not a result of having figured something out. It’s a matter of who you are as a person. And spending money on enlightening people isn’t going to work.

Personally, I do believe in evolution. But I don’t kid myself it’s ultimately anything more than a belief.

This entry was posted on Thursday, August 30th, 2012 at 17:42 and is filed under Personality, Politics, Religion, Society. You can follow any responses to this entry through the RSS 2.0 feed. You can leave a response, or trackback from your own site.

6 Responses to Creationism Is Not Ignorance