The Conservative Face of the Changing Demographics in America 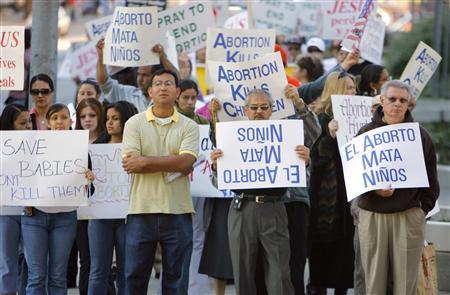 How will future Democratic politicians cater to this growing demographic?

When Obama was re-elected a lot of people commented on the fact that this was due to the changing demographics of the US. Conservatives did so in a bitter and resentful way, like Bill O’Reilly who said that “white establishment is no the minority” and that those supporting Obama do so to get hand outs. On the liberal side comments were more derogatory, like Bill Maher’s, “White people vote for white people like it’s going out of style /…/ And like most things white people do, it’s going out of style.”

Clearly, the Democratic party looks poised to rule for a long period of time, given that the Hispanic part of the population is just going to increase in the future. But should liberals be all that happy about this? Hispanics may vote for the Dems, but they are much more socially conservative than the White Democratic voters.  And this could mean troubles ahead for social liberals.

While the leftist think tank Think Progress justify their headline, “The Emerging Pro-choice Majority” with a single exit poll, the larger and nonpartisan sources tell a different story. According to Gallup the trend is clear: back in 1995 those who identified as pro-choice were 56 percent while the pro-lifers were a mere 33 percent. In 2012 the tables had turned with pro-lifers at 50 percent and pro-choice at 41 percent. Under this period Hispanics increased from 10 to 17 percent of the population. Another survey from the Public Religion Research Institute showed that Hispanics are distinctly more against abortion than the rest of the population with 79 percent viewing it as morally wrong. The same number for all Americans, according to Gallup is 51 percent.

No doubt this isn’t the only issue on which the predominantly Catholic Hispanics are more conservative than the average White liberal. And yet the political leftists are enthused by the changing demographics, mocking backward-minded White conservatives for their fear of change. I wonder how long they can stay in that bubble before reality kicks in. Because politicians will inevitably start fighting over the Hispanic vote and find that a socially conservative agenda will serve them well in that regard. When Democratic candidates openly begin to declare themselves pro-life, White liberals may succumb to the well-known White resentment and ask for their country back. But then it will be too late.

Heritable Attitudes: Why You Shouldn’t Argue For or Against the Death Penalty

It used to be almost common knowledge that attitudes or opinions are formed by way of social influence – family, friends, society in large affect the way we think about things around us. Most people seem to think that it’s a matter of being informed and thinking things through and making a decision.

This idea of attitudes as something learned seems plausible enough but when hereditary research gained momentum in the 1980s all that changed. It showed that while some attitudes are shaped by environmental forces a lot of them have a high heritability.

It’s hard to find a theme for attitudes affected by the environment,  but highly heritable attitudes are largely about sex, violence, religion, and race.  Like the view on capital punishment, the importance of religion or the right to free abortion. This is not all that surprising since these attitudes relate to personality which itself is largely inherited.

Anyone familiar with the experiments of Solomon Asch and Stanley Milgram may wonder how this can be, given the kind of conformism they found in their experiments. The answer is simple: they never looked at the heritable attitudes. Sure, if everyone says a stick is five inches long when it’s seven, you may start to wonder. But if they all say you don’t need religion and you are religious, you are very unlikely to conform.

In fact, one psychologist named Abraham Tesser has studied the link between heritability and conformity of attitudes. He and his colleagues did this by asking students about their attitudes while simultaneously informing them about how the majority of students attending the same university felt in these issues. They found that while attitudes with low heritability were very influenced by the majority consensus, those that were highly genetic in origin were unaffected by the norm.

So that’s why shouldn’t try to persuade anyone that the death penalty or free abortion is right or wrong  – you’re wasting your time. The inherited attitude is similar to a gut reaction. It has a shorter response time and is perceived as more moral than other attitudes. It’s just not open for discussion.