What Everybody Missed About the AP Poll: Democrats Have More Implicit Nonblack Racists Than the Republicans 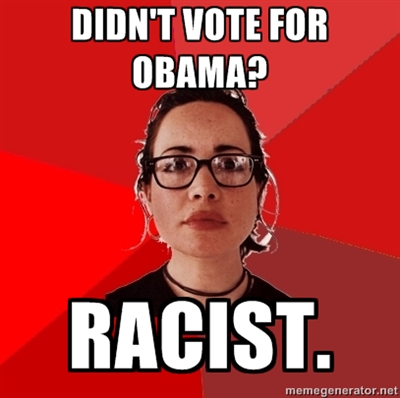 You can’t argue with this girl. Seriously, you can’t.

That’s right. This poll reported that 64 percent of all Republicans and 55 percent of all Democrats show implicit racism against Blacks. But racism is practically without exception directed at other groups rather than towards people of the same group. I haven’t found any exact number on this but it’s unlikely to be more than one percent of such self-haters.  At least  I don’t think anyone would disagree if I say that an estimate of 5 percent black self-haters is an overestimate. But let’s be generous and go with that.

No, my point is not that Democrats are more racist. I just made this little exercise to show how people interpret data to fit their preconceived notions. My suspicion is that this poll doesn’t even measure racism – how do you measure something without even defining it? But I’m sure there is a lot of tribalism, that people like their own and dislike others, and some of that is in the form of racism. That, however, is a universal trait and nothing that is exclusive to white conservatives. As you might be led to believe judging by the reactions this poll has generated.