Sadism: A New Addition to the Dark Triad? 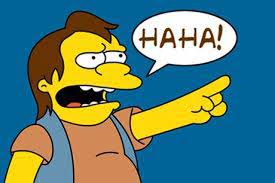 Recently, I was informed by Jayman (who needs a new computer btw, if you have money burning a hole in your pocket…) that new research is being done on the trait of sadism. I’ve finally gotten around to reading the full article (abstract here and a review from sott.net here), and I have to say it looks very interesting. As usual, the new development is taking place outside the box known as the Big Five model. Anyway, here is a little something on that article and the subject of sadism in general,

Most people think of sadism as something sexual and of the sadist as a disturbed person, likely to be a sex offender. This idea was spawned by German psychiatrist von Krafft-Ebing who wrote about it in his influential book Psychopathia Sexualis. As the title implies, Krafft-Ebing viewed sadism as sexual in nature and as the complement to masochism. This ying-yang idea was then adopted by the no less influential psychiatrist Sigmund Freud and was spread to a wider public through books and films. And so sadism became kinky and weird. The sexual sadist in the form of the serial killer has become an iconic figure in pop culture. There have been an endless amount of books and films made about this modern villain. Even here in quiet Sweden, the sexually sadistic serial killer is “celebrated” in movies and mystery novels, despite the fact that there is not a single account of such an individual here. I think this says something about how the sexual aspect of sadism became so blown out of proportion – it was simply a titillating idea and people fell for it.

This is not to say that sadomasochism doesn’t exist. Most sexual relationships probably have an element of S&M. According to Wikipedia, one German survey showed 69 percent of female respondents engaged in fantasies of that kind. So it’s fairly normal. But, more importantly, sadistic behavior is not confined to a sexual context but can be found in lots of everyday situations. Take reality TV for instance. Numerous of these shows end with an ostracization ritual in which one contestant is singled out and dismissed. Or the talent shows in which crappy performances aren’t weeded out before the show begins but highlighted for amusement. It doesn’t get any clearer than this,

And it’s equally clear that there is no sexual arousal involved here (if it was for you, please consult your doctor). These shows are extraordinarily popular and give an indication of just how common mundane, nonsexual sadism really is. And yet we know very little about this type of sadism. Which brings me to the research,

The two studies in question were conducted by psychologists Erin Buckels and Delroy Paulhus from the University of British Columbia, and Daniel Jones from the University of Texas at El Paso. In the first study they had the participants (students) take questionnaires measuring sadism along with a measure of the Dark Triad traits (psychopathy, narcissism, machiavellism) and the Disgust Sensitivity Scale developed by psychologist Jonathan Haidt. Then participants were allowed to choose to perform one of four tasks: you could choose to clean toilets, do some unspecified chore with your hands submerged in ice-water or you could kill bugs or assist in killing bugs without actually doing the killing. And finally, they inquired how the participants felt after the experiment was over.

As expected they found that people who measured high on sadism also chose to kill bugs to a greater extent. They also found that sadism was not just a combination of Dark Triad traits but something that uniquely predict the participant’s choices when the Dark Triad was controlled for. Also, the dark traits did not predict choice when sadism was controlled for. Sadism only correlated slightly to moderately with these traits and it was unrelated to disgust sensitivity. While this is a small study of only 71 participants, it indicates that this nonsexual sadism is a unique trait and that we for this reason the Dark Triad should be called a tetrad instead.

As before participants were administered a self-report measure of sadism along with a Dark Triad test, but unlike the previous study Bruckels and colleagues now included a Big Five and an empathy measure. Participants then got to play a game in which you simply press a button first to win over your opponent who is supposedly located in a different room but in reality doesn’t exist. If you win you may blast your opponent with white noise. The game is rigged so that everybody loses the first round and the alleged opponent never blasts any noise (thus making him innocent). They also added a variant in which participants could only blast their opponent if they completed a simple but boring task. The intensity and duration (chosen by the participants) of the blast was combined to a measure of aggression.

Again, sadism predicted the expected behavior, this time that of blasting your non-aggressive opponent, when the Dark Triad was controlled for. But unlike in the previous study, psychopathy emerged as an independent predictor whereas narcissism and machiavellism did not. When they added the condition that you had to perform a boring task to blast your opponent only sadism remained as a unique predictor. They summarize these findings as,

Together, these results suggest that sadists possess an intrinsic appetitive motivation to inflict suffering on innocent others—a motivation that is absent in other dark personalities. Inflicting suffering on the weak is so rewarding for sadists that they will aggress even at a personal cost.

Some other correlation were pretty much what you’d expect: sadism was moderately correlated to dark traits, -0.56 to empathic concern, -0.46 to agreeableness and, perhaps surprising to some, -0.28 to conscientiousness.

Although both these studies are small, they strongly suggest that there is a new kid on the block, a relative of the other dark traits but at the same time clearly independent of them. This may come as a surprise to anyone who has read about or come into contact with psychopaths, since they display this trait so clearly. However, a psychopath in the clinical sense is someone who is at the extreme end of this trait. That person would have to be compared to an equally extreme sadist. Then there is the fact that a psychopath often engages in violence. His sadism then becomes more salient than someone who is obsessed with crime literature or torture porn which even people close to him or her may know little of.

Another interesting finding is in regard to politics. Disgust sensitivity is a trait linked to conservatism as well as a negative attitude towards people of other races and homosexuals. It’s very easy to make the leap from that to the assumption that conservatives are sadists, as many liberals believe. But this research found disgust and sadism to be completely unrelated. And conscientiousness, a trait also linked to conservatism, showed a modestly negative correlation to sadism. Sure, it’s early days yet but so far so bad for that theory. My personal guess is that sadists, like most people who score high on the dark traits, are disinterested in politics. They all lack empathy and politics is caring about people, in different ways depending on your viewpoint.

Next question would be why there is such a thing as sadism. As with personality in general, I think we need to view it from an evolutionary perspective to answer that; look for how it may be adaptive, what problems it solves. Just off the top of my head, I’m guessing this has something to do with social hierarchy. Sadism is about putting people down, and that’s sometimes necessary to maintain the hierarchy. As much as you may dislike Nigel Cowell in the clip above, he’s not only put that poor contestant down, but he also putting him in his place. The reason that guy thinks he is a great singer is because no one has had the heart to tell him the truth. So maybe the gene variants for sadism persist because a few sadists in a group provide realistic and meritocratic hierarchy without losing much cohesion. You have a Nigel who tells him that he sucks and then the rest can pat him on the shoulder and say, “hey, maybe you’re good at something else.”